I really like to derive my inspiration from real life than something that has been on tape before.

As an engineering student, Vicky Kaushal found himself at a crossroad: spend days and months sitting in a cubicle writing software code or follow a dream. He chose the latter. Three years after his debut in Masaan, Kaushal had a robust 2018 with five varied releases – Raazi, Lust Stories, Love Per Square Foot, Sanju, and Manmarziyaan. Kaushal begins the new year with the action drama Uri: The Surgical Strike. Aditya Dhar directiorial, the film is based on the Indian Army’s military operation in Pakistan-occupied Kashmir in September 2016. 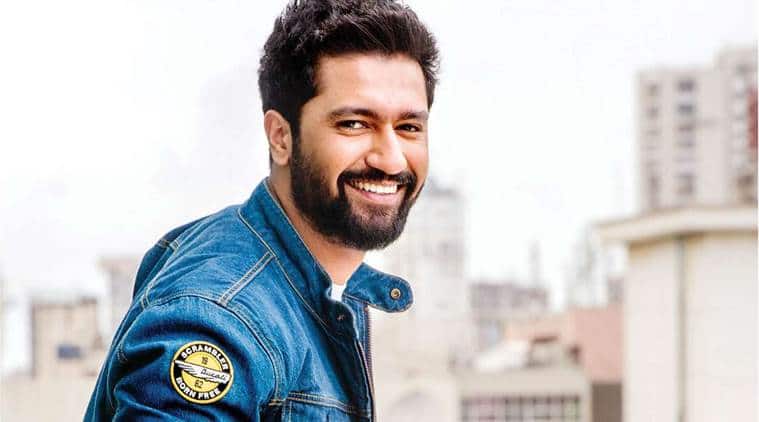 So how do you describe yourself as an actor?

As a “greedy actor” who has equal enthusiasm for every film. “Every film feels like a first film, and it should feel new,” he said. “If you begin to feel jaded then you are not alive as an actor.

Talking about your recent blockbuster Uri, based on a true story, it deals with a very sensitive issue as well, namely India-Pakistan relationship. What made you choose the film despite that risk factor?
First of all, I was really on the lookout for an action film. I really wanted to do an action film. So when the script came and I was given the one-liner on the film, I was excited like finally, an action script has come. This genre was just not coming my way…I was getting different scripts but this genre was not coming. I was very excited when the script came to me and when I read it, I read it in one go without stopping, not even to drink water. I was eager to read what happens next. 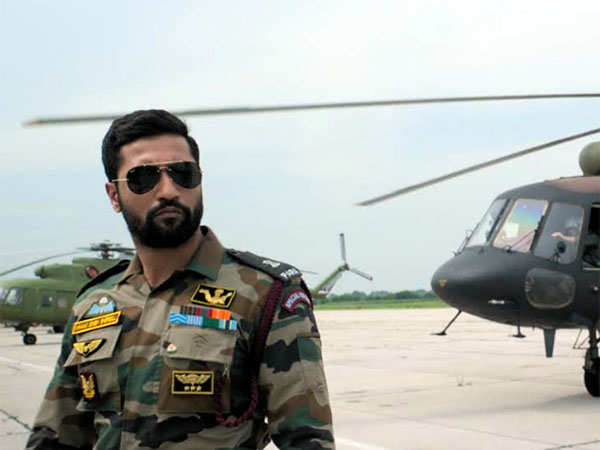 See, everyone is aware of the attack, the surgical strike that followed but how it all happened, what kind of Intelligence went in from bureaucrats, from politicians, and from the army, that’s what we don’t know yet and URI gives you all of that. All the units came together in the most efficient ways. Commandos had left in the night and they came back in the morning and had breakfast. It was efficiently done and I just got to know the details of it in the script. I kind of gauge scripts by the reaction I have to it. So, when it’s a good one, I have this overwhelming excitement of wanting to share it with my family and friends. But then you’ve to stop yourself because you’ve signed an NDA (Non-disclosure agreement). When this happens, I know I’ve hit the spot. That happened with this film and I chose this purely for that. I wasn’t thinking of anything else.  Having said that, it’s very easy for films like this to get misunderstood and there could be hue and cry about the same. 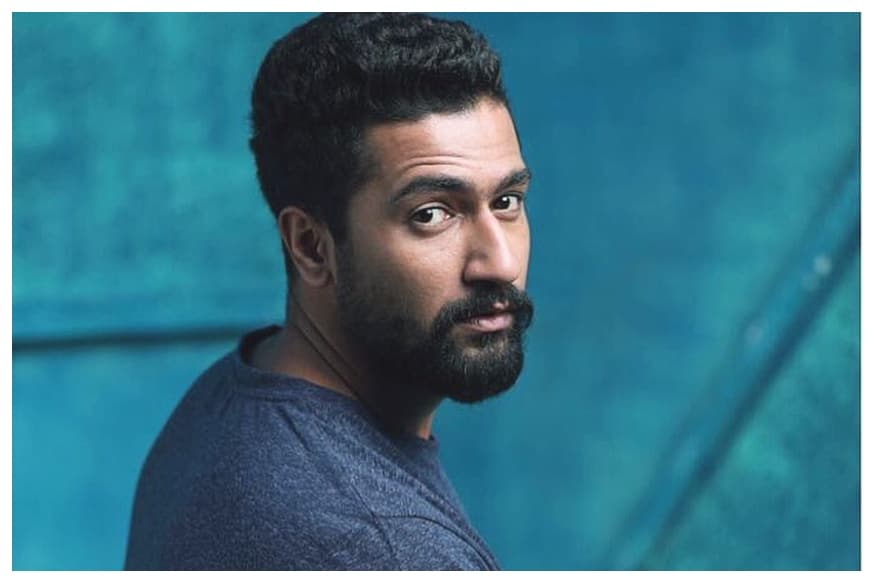 With social media in play, it is bound to get out of hand too. What do you have to say about that?
See, that you have no control over things like this. Anybody can just stand up and say something and it can become an issue. You know that sometimes it just baffles you. Toh hum kya kare, film Nahi banate? ghar pe bhaite? It’s just reached a point every tiny thing that you thought wouldn’t be a problem becomes an issue. So, I don’t know what to say.  We are creating art, that’s our job. You have to keep creating and then see what kind of reaction you are getting. With this film, in particular, you might feel, it’s a propaganda film but I know that Aditya (Director of the movie) was very clear that it’s not for any political parties, it’s for the army. It’s a tribute to the sacrifices of our army and we’re very clear at that. We won’t shy away from saying that.
It is an activity by the army that he felt like needs to be acknowledged and respected and that’s what it is. That was his drive for the script and he did it with complete conviction. We just got on board and I feel very honored to be given this opportunity to pay tribute to our armed forces. I have gone through hell to achieve that, to portray this. It was the most difficult process for me as an actor but I would love to do it all again.

You said you were looking out for an action film. Did that have something to do with your dad being an action director? Did it come from somewhere emotional?
To be honest, Not really. I was craving an action film because as an actor it’s always my quest to do something different, different from what I have done last time. So, an action I knew, was something that I had just not touched upon. Forget the intensity, but it was just unexplored so I just wanted to do an out and out action film. Because it will be surprising for the audience to see me doing so. Also, yes okay my father it is great that my father is an action director, but the primary thing is that I had not explored the genre. So, did your dad give you any tips?

My dad’s only tip was, just be safe. Hosh Mein rehna, josh mein mat karna, he said. At the end of the day, it’s a film. Because that’s not the point, if you get that rush and you get carried away and you get injured and the entire set is delayed for 20 days because of you, that’s being irresponsible.
Be safe, do it with precaution make sure your safety is all sorted.

Would you say the physical challenges were a lot more in this film?
It wasn’t the only challenge of course but the vital challenge. For me, there were many layers to the physical challenge. Because firstly, I had to gain weight. I had to gain like 15 kgs for the film. It was not easy for me. I have this beautiful problem where I can’t just put weight. So my trainer was also like what kind of problem is this? For a year I’ve been so diligent to the gym, radioing in the gym with like 6 meal courses. At one point, I didn’t want food because I was eating so much. That’s why I could gain like 15 kgs. Once the film got over, I kid you not, I stopped going to the gym. I started eating burgers, pizza, pasta everything and I dropped 7 kilos without going to the gym. That’s just the metabolism I have. I just lose weight.

It’s very rare that you drive inspiration from other films because then there is this fear of imitation that you have. You derive inspiration from actual people. So if it’s based on military I will try and meet army people, hear real-life stories, get to know their mindset as to how they feel, their family relationships and functioning. How do they react if they’re away from family for 10 months or a year? How do they feel if tonight is the mission and I don’t know if I’ll be able to make it to breakfast tomorrow? How do they deal with that? I like to draw inspiration from them directly. So I try to do that and so at the end of the day you’re very much dependent on the director and the writer, their research, their vision. I really like to derive my inspiration from real life than something that has been on tape before.

So, what next?
Takth. Takht we will be starting shoot this year. I’m also shooting for a horror film right now. 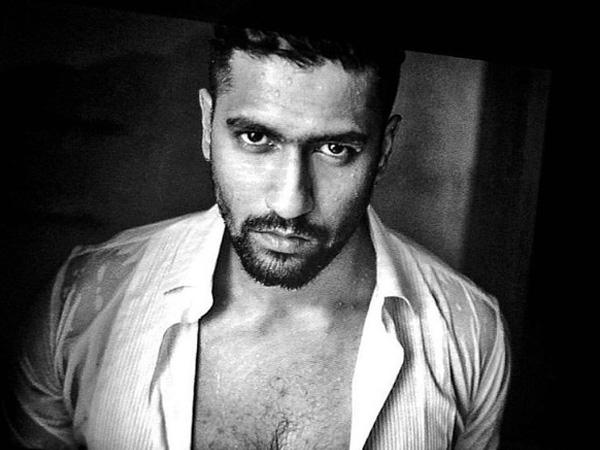 Vicky Kaushal has become quite the talk of B-Town and otherwise. With his incredible performances in Raazi, Sanju and Manmarziyan, and now Uri, he has left no room for doubt in terms of his ability. Now all we can do is wait (which is really hard) for his upcoming projects yo come forward as soon as possible!