Shahrukh Khan On Board To Be An Interrogator But Trailer Abhi Baaki Hai: Bard Of Blood.

Digital is the new Box Office. Shah Rukh Khan has finally united the gang. SRK and Netflix India have allied for something gripping and thrilling and yes, the fans (including us) cannot curb our patience to see what’s in the box. While followers are eagerly waiting for the trailer of web series Bard of Blood, SRK is shown being stuck in an interrogation room.

Some time back, Netflix shared another small clip where SRK who was offered to be an interrogator, accepted the offer and ended up in an interrogation room.

In the video, SRK is seen talking to an unseen person who seems to be his ‘sir’ apparently. Khan is seen taking instructions and ensuring that everything is going planned until he meets a stranger who is masked, stating that trailer Abhi baaki hai. Well, going by this video, it seems that we might be a few days away from the trailer. Sharing the video on their social media page, Netflix India captioned it:

@iamsrk thought cameras would make him feel more comfortable so we added some CCTV cameras. pic.twitter.com/A8rBfW3S77

Talking about the show, Bard of Blood is a 7 episode web series set to premiere on Netflix on September 27. It is based on the bestselling book by Bilal Siddiqi with the same name.

In a nutshell, it’s a story of a spy Kabir Anand who is called to save the country and his long-lost love post his expelling from the duty. Emraan Hashmi portrays the role of Kabir Anand in the series. 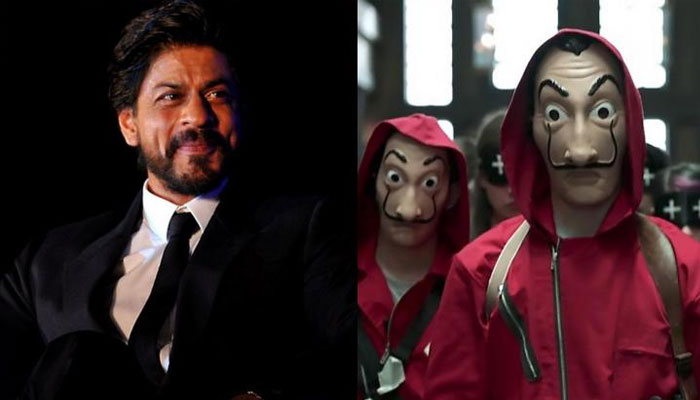 Besides this news, Shah Rukh Khan is also in talks to produce the Bollywood remake and will probably star in the Spanish series titled Money Heist which has grabbed readers’ attention. The actor is apparently turning it into a feature-length film.