Satinder Sartaaj has ruled the hearts and minds of the Punjabi community not only through music but also through his versatility as an actor and as a poet. Not only this he made us all proud by enacting in a Hollywood movie titled” The Black Prince” which released last year.

Gifted with a pleasing voice and an exceptionally phenomenal range in all tones, Satinder Sartaaj has released the second song ‘Pyaar De Mareez’ from his album much-appreciated album ‘Seven Rivers’. The song is a soothing melody that portrays love, the agony of separation and also the bliss of reuniting with your dearest. Listen to the song below:

Besides giving vocals, Satinder Sartaaj also worked on the lyrics and composition of the song, and the music was given by the beat masters. The official music video is helmed by Sandeep Sharma and producer Sumeet Singh. 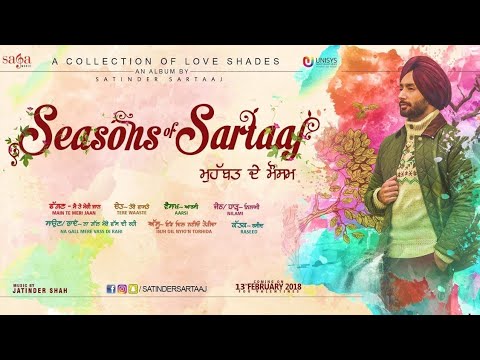 Satinder Sartaj’s previous album ‘Seasons Of Sartaaj’ was a very well adored and enamored the audience with songs from several genres. All the melodiousness left us spellbound in no time, and the same is being expected from his latest musical tunes. The Sufi King Satinder Sartaaj whose unique and sensational voice will transport you to a different world where you will feel an immense connection that will liberate the mind and fill your heart with tranquility.