Shahid Kapoor and Kiara Advani starrer Kabir Singh has finally hit the theatres and has made it cross the 100 crore club at the box office. The Arjun Reddy remake has flattered many and the hype to the release was packed with trailer and song releases. With some great chartbuster numbers in the album of the Hindi remake, this one proved to be a great treat for Shahid Kapoor’s fans as the actor has simply unleashed the professional within him. Kiara, though a newcomer, will be seen sharing screen-space with Shahid after the Yo Yo Honey Singh’s single Urvashi looking great as a couple together on screen. A remake of the 2017 Telugu smash hit Arjun Reddy, Shahid Kapoor’s Kabir Singh is a story of an anger-ridden love story about a flawed man whose obsessive streak with his beau (Kiara Advani) costs him a heavy price. Kabir Singh falls in the genre of those heavy love stories that suffer from not just unrequited love, but also love and longing in the bosom of a riot. 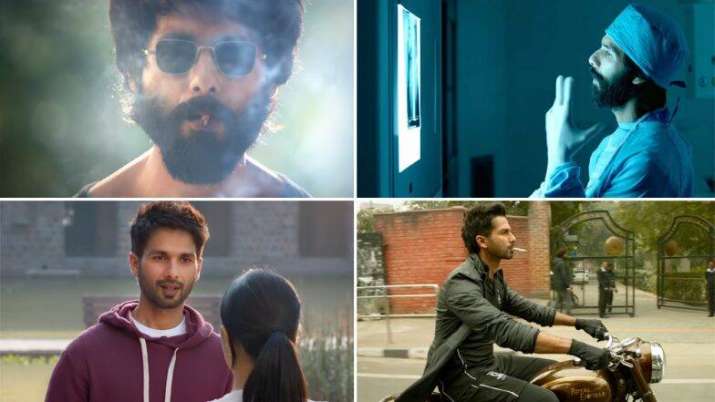 The movie contains a lot of disorder, violence, rage, heartache, that takes a toll on both these lovers. The second half recites Kabir’s present day and his self-defeated character who still aches for a reunion with his lover.
Shahid delivers one of his career’s finest performances. His rage and anger aren’t just on the shelf but it’s intuitive and a part of the air he breathes.

To show that complexity isn’t easy, so Shahid digs deep and becomes the madness that is Kabir. He is fierce and intense yet free and breezy when needed. Theirs’s a natural elegance and charm that he puts to use full control. Kiara’s last scene with him is an oracle. She has to underplay Preeti for most of the film and does perfect justice to her character. But her emotional outbreak in the climax represents her extensive versatility. The music of the film is already a rage and the background music is aptly in sync with the mood.

Even the lead, Shahid Kapoor took to his Instagram handle to share his excitement on box office collection of the movie

Kabir Singh is a first-rate under Shahid Kapoor’s sleeve and a perfect entertainment gift for his fans. You should surely watch it if you want some intense, all-consumed romance twined up with knock-out performances.