‘Ishq Tera’ Song: Guru Randhawa & Nushrat Bharucha Are Here To Muse You Over This Romantic Ballad

With some amazing songs in his bucket, Bollywood singer Guru Randhawa is surely on a roll on his professional fronts. After treating his fans with some amazing tracks this season, Randhawa brings the love song of the season ‘Ishq Tera’ which also stars Nushrat Bharucha. The first-ever collaboration of Nushrat and Guru will surely win million hearts for their cutesy chemistry.

It was just yesterday, the talented singer took to his Instagram handle and shared a glimpse of the song and announced the release date of ‘Ishq Tera’, as a special treat for his fans. Talking about the song, it features simplicity and love at first sight. The song captures every glimpse of Randhawa’s emotions for Nushrat Bharucha. The tale of innocence and purity, the latest song is surely a heart-plugging one. Check out the song right here below.

The love song of the season-‘Ishq Tera’ has been composed, written and sung by Guru Randhawa himself and it is produced under the banner of T-Series. While talking about the song, Guru said in a statement, “Ishq Tera is a unique song for me as an artist. 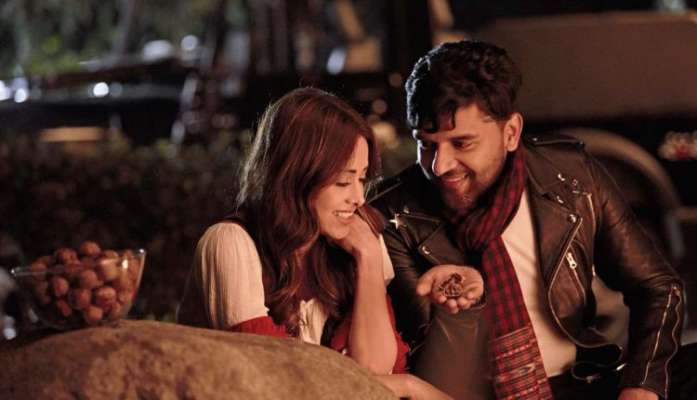 The song celebrates love and simplicity. For me it’s been a great experience so far, it was nice to shoot with a dear friend Nushrat Bharucha and I believe my fans are going to love this new side of me which is slightly different from what they’ve seen earlier.”