‘Ardaas Karaan’ is one of the highly anticipated Pollywood sequels of 2019. As the release date of the same is coming closer the makers decided to bring the first look poster of the movie for the audience. Featuring the entire cast, the poster brings back the memories of the prequel – ‘Ardaas’. Also, the official date of the movie’s teaser release is out.

Released in 2016 ‘Ardaas’ marked the directorial debut of Gippy Grewal on the Pollywood front. In the age of light-hearted comedy flicks, he presented a content-based serious genre movie and now is taking the same legacy ahead with ‘Ardaas Karaan’.

The teaser has the background song in Sunidhi Chauhan’s voice and onscreen we saw Gippy Grewal’s younger son Gurfateh Grewal kneeling in front of Shri Guru Granth Sahib ji with folded hands as if he’s praying for something dearly. We also saw a glimpse of Gurpreet Ghuggi in a snowy backdrop. The teaser though didn’t show much but from what we’ve heard, the film has never seen before content that is sure to win over the audiences.

The prequel, Ardaas, that released in the year 2016 garnered quite a bombastic response from both audiences as well as the critics, thanks to the powerful content it showcased. This time, the makers claim that the film will be even more loved by the audiences. 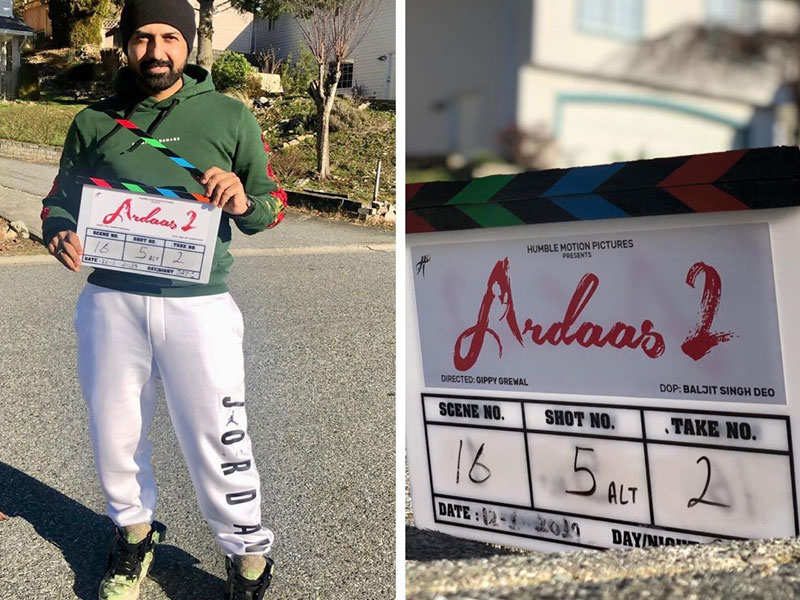 Besides directing, Gippy Grewal has also bankrolled the movie under his banner. He also shares the credit for writing with Rana Ranbir for the movie.