It’s not brand new information that Bollywood has always been keen on remakes. They draw inspiration from Hollywood primarily or any other regional movie which has an interesting plot. Over the years we’ve seen many remakes and some of them have done quite well and the audience has loved the adaptations, without thinking that everything is copied scene to scene.

Recently, we heard about another Bollywood remake underway that could be a very challenging role for Parineeti Chopra. A direct adaptation of ‘A Girl On The Train’ (2016) is in the pipeline and we’re really excited about that one. The name though hasn’t been decided yet, but we’re sure Parineeti will do complete justice to her role.

There have been other remakes that are yet to release in India, and we can only hope they’re as good or better than the original. Let’s take a look:

(1) Bollywood’s Remake Of ‘The Girl On The Train’

Excited, nervous but honoured to be filling in the shoes of #EmilyBlunt for the hindi adaptation of “Girl on the Train”. BLESSED❤️ @reliance.entertainment #DREAMWORKSPICTURES @amblin

Even though the name hasn’t been decided for this one, it stars Parineeti Chopra. Ribhu Dasgupta will be helming this project and it’s based on an American psychological mystery thriller. The original starred Emily Blunt, who played Rachel, an alcoholic divorcee, who gets dragged into a missing person’s investigation. Emily won several award and nominations for the film, so naturally, expectations are quite high from Parineeti, who in all probability will play Emily’s role in the film! The release is expected somewhere in 2020, as the film will hit the floor later this year.

Grew up on this character, humbled and blessed to step into his shoes years later. #RamboRemake pic.twitter.com/eQYqMw46pm

Yes, you read that right! Sylvester Stallone’s ‘Rambo’ is all set to be remade in Bollywood and do you happen to have any guesses who’s been chosen to play Stallone? Yup, Tiger Shroff will do the honors and his look compared to Stallone’s in the film is quite uncanny!
The film was said to be shelved as there were other projects in the pipeline for both Tiger and Sidharth Anand, the director, but now the movie is said to hit the floors by the end of this year and release sometime in 2020. Seriously, can’t wait for this one to come out!

Earlier, the film was named ‘Kizie And Manny’ but it was later changed to ‘Dil Bechara‘. If you haven’t had a chance to watch ‘The Fault In Our Stars’, here’s your chance to watch the remake instead. The director Mukesh Chhabra has roped in Sushant Singh Rajput and newcomer Sanjana Sanghi for the role. The original movie is based on a novel by John Greene, which was made into a Hollywood classic in 2014 by Josh Boone, starring Shailene Woodley and Ansel Elgort.

The plot is based on a cancer patient who falls in love with an amputee. The music will be given by A.R. Rehman and we can say without a doubt this is definitely going to be THE love story flick of 2019.

And here it is! We bring you the multi-starrer action-comedy phenomenon #RED! Let the adventure begin! @Lionsgate pic.twitter.com/dz1ebglIzU

Anil Kapoor is all set to produce the Hindi remake of the Hollywood adventure film ‘Red’ which starred Bruce Willis, Morgan Freeman, John Malkovich, Helen Mirren, Karl Urban and Mary-Louise Parker. The plot for ‘Red’ revolved around a black-ops agent who reassembles his own team in a last-ditch effort to uncover assailants. Although the cast hasn’t been announced for the remake, we would surely love to see Anil in the main role. The film will be directed by Abhinay Deo, the director for ’24’ and it’s set to release sometime in 2020. 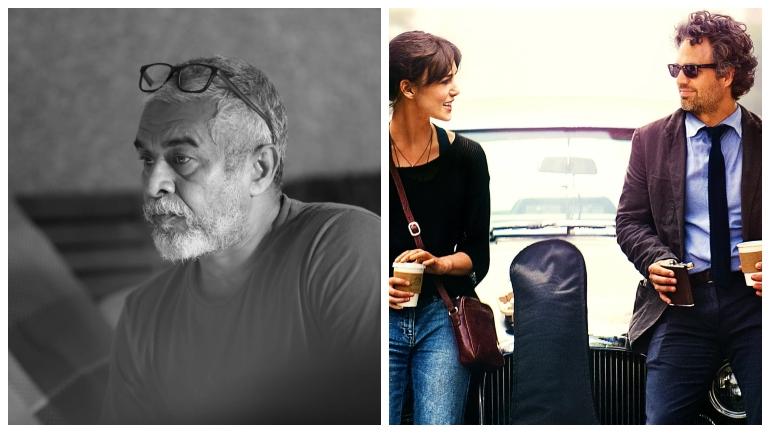 The Keira Knightley-Mark Ruffalo musical starrer ‘Begin Again’ will be in the making soon enough. Although the cast hasn’t been announced yet, we do know it’ll be directed by ‘Veere Di Wedding’ director Shashanka Ghosh. The basic plot revolves around telling a story about the world of music and fresh voices in sound in the Indian scene. Can’t wait to see how this pans out! We’re not sure when the movie is releasing yet but our money is on the year 2020.

So, here we have it. 5 super-cool remakes currently in the pipeline. It’s always great to draw inspiration from some good stories and if Bollywood happens to so that from time to time, it’s a good thing. They shouldn’t mess up the remake though by making it seem shoddy, because then you’re just insulting the original film!