TV queen Ekta Kapoor turns a year older today. It is a special birthday as she will be celebrating it with the biggest star in her life, her baby boy Ravie. We are sure friends and family members will make it a joyous occasion for her. She has given us so many shows that have been a part of our growing up years. On her birthday, here are five shows we want Ekta Kapoor to make a reboot of!

The show was much ahead of its times and had a theme many women will resonate with till date. Pallavi Joshi aced the role of Reva Kapoor a housewife who wants to do more in life after being a devoted mother and wife. It was a lot like Vidya Balan’s Tumhari Sulu but a rather emotional story. Mushtaq Shaikh wrote the show. Kiran Karmakar and Pallavi were fabulous in their respective roles. There was the angle of an extramarital affair too. The title song was melodious and a hit. Till date, the theme will find takers in many Indian households and Ekta can definitely think of a remake.

On the show, we saw a young girl Bani (Prachi Desai) marrying an older man, Jai Walia (Ram Kapoor). The love story was an emotional but unique one. We can definitely have a reboot in current times when the age difference between couples, especially celeb jodis is such a talked about affair. Kasamh Se was a superb show and has immense recall value like Kasautii Zindagi Kay 2.

Long before she made the Naagin and Kawach series, Ekta made shows like Kya Hadsaa Kya Haqeeqat. With its elements of thrill, supernatural and drama, the show was a highly trippy watch. She has given us a lot of supernatural fare in recent times, this one is quite memorable to date. 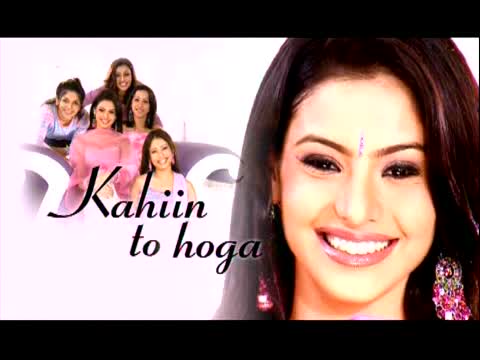 Everyone loves a good love story. Kahiin Toh Hoga gave us one of the most memorable jodis of Balaji Kashish – Sujal, along with Mihir – Tulsi, Manav – Archana, Om – Parvati and so on. The show had a premise quite similar to the film, Dhadkan. It also made stars out of Aamna Sharif and Rajeev Khandelwal. Rajeev as Sujal Grewal is still the heartthrob of many women of that generation. We can surely have another intense love epic like that!

The show was a thriller and a well-made one. There has been a demand for a sequel for a long time. Who can forget Sudha Chandran as Ramola Sikand in this tale of revenge and betrayal?

Here’s hoping this year sees Ekta open television to some breaking the rules, and will certainly give TV watchers the strength to smash this stereotypical society.